A community in Akwa Ibom has called on the state government to withdraw soldiers and policemen who they alleged were molesting and raping women.

In a petition signed by the village head of Ifa Ikot Okpon, Eteidung Üwèm Tom Udo; that of Ifa Ikot Akpan Mbia, Eteidung Ime Effiong and the Chairman, Village Council, Ifa Ikot Ubo, Elder Asuquo Udo, the community called on the Governor to “order the cessation of work and further actions on the land.”

ALSO READ:  Akwa Ibom Councillor Beat, Raped A Woman, Threatening To Kill Her If She Speaks Out -

It is entitled, “A Position Paper on the Unlawful, Forceful Takeover of the Sacred Ancestral Akai Itiat Nwomo Ayiam Lands, Illegal Army and Police Occupation, Criminal Trespass and Excavation to Fence Said Land at Ifa Ikot Okpon Group of Villages: A Petition and Notice for Cessation of Action.”

“Above subject matter refers. We the owners and representatives of the real land owners thereat, respectfully write to convey to your attention the Illegal, criminal trespass and damages on our only remaining ancestral land”, the introductory paragraph said.

The petition recalled how the community, in 1991, donated some portion of land to the state government, which did not include the ones at Akai Itiat Nwomo Ayiam Lands.

They impressed on the state government to, “as a matter of transparency and accountability, publish all purported lawful land acquisition notices served to all traditional and original individual owners or any purported acquisition of Akai Itiat Nwomo Ayiam portions with Akwa Ibom State government, if they have any; and any other such lawful legal documents as proof that such alleged acquisition of said part of land ever took place from 1991 till date.”

They asked the government to, “as a matter of law and morality, halt further excavation and fencing of their land in the event that they can’t show such proof of acquisition.”

They called on the state government to follow due process, instead of attempting to forcefully take over their land.

“That the occupational Army men and policemen and thugs placed to molest, intimidate and rape our women, girls and young men on their way to access their ancestral and farm crops be withdrawn in the circumstance”, the paper said. 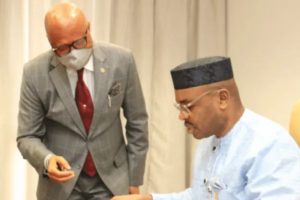 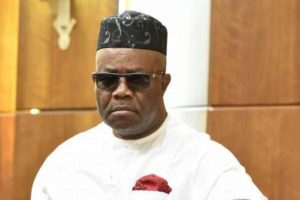