The Minister of Labour, Employment and Productivity and presidential aspirant under the All Progressives Congress, Dr Chris Ngige, on, Thursday, said he budgeted N50m for the procurement of the nomination and declaration of interest forms of the APC to contest the presidential election.

Ngige said now that the APC had hiked the price tag to N100m, his supporters would support him financially.

The minister, who appeared on Politics Today, a current affairs programme on Channels Television monitored by our correspondent from Abuja on Thursday, said he had no option but to abide by the position of the ruling party.

Ngige, who was Governor of Anambra State, was also a member of the Senate in the 7th National Assembly.

Describing the National Chairman of the APC, Senator Abdullahi Adamu as “a serious minded person,” the minister recalled his days with Adamu in the Nigerian Governors’ Forum and the Senate. 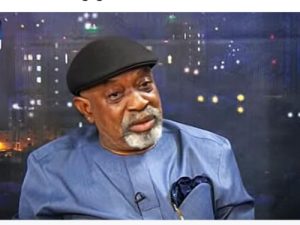 According to the minister, aspirants in the Peoples Democratic Party and other political parties may pay less for forms to contest elections because they were not in the ruling party.

“For Adamu to dsay N100m, he has seen certain things. And I was a party official in PDP, unfortunately. I was Assistant National Secretary and Zonal Secretary in the South-East. So, I know the workings of the party.

“That was our experience in the APC. I can tell you that. And they have done the right thing by saying that the young folks – the young ones – have a 50 per cent discount.

“For somebody like me, I was budgeting N50m – my supporters and I. But when the thing came out and it was N100m, they started calling me.”

Talking about other presidential aspirants in the APC, Ngige stated, “It will be a touch race but the best man will emerge.”

When asked who the person would be, the minister said, “I don’t know. I’m not a soothsayer but I know that the best man would emerge.”

When asked how he would raise the funds to obtain the forms, the minister said, “I have supporters; I have well wishers, don’t bother about me.”