A former Minister of Sports and Youth Development, Solomon Dalung, has joined the Social Democratic Party.

Dalung, who served as a minister during the first tenure of the President, Major General Muhammadu Buhari (retd.), left the ruling All Progressives Congress last week. He tendered his withdrawal letter to the APC ward chairman in Langtang South Local Government Area of Plateau State.

Speaking in an interview with Saturday PUNCH in Jos on Wednesday, Dalung who condemned the APC for “undemocratic practices” said he had joined the Social Democratic Party for good. 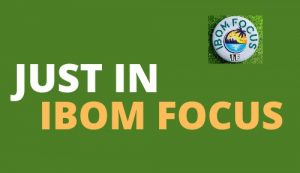 Dalung said “When I resigned from the APC and even before my resignation, I had taken a political party, the Social Democratic Party. One of the oldest parties in Nigeria that has contested elections and won majority of them, SDP is a victim of political impunity which has become synonymous with the APC.

“We can wake up one day in this country and the APC will annul an election, because the way the party is going, it has eliminated anything democracy to gain the ambience of its values. So, I have joined SDP. They have won elections popularly and one of the fairest elections that was annulled by the military.”

On whether he would contest any political office on the platform of his new party in the 2023 general elections, the former minister said, “Naturally, I don’t plan to run for any elective position. I only respond to calls to run for such elective position because I don’t see a political office as anything of personal benefit. My concept of holding political position is selfless service.

So, it does not interest me as such to vie for elective office. But even before I resigned from the APC, I was already consulting, based on expectations, for the House of Representatives. The consultation continues in the SDP, the platform on which I will ultimately contest if given the mandate by the party members.