Following the misunderstanding between TuFace and his wife, IBOM FOCUS discovered that Actress Annie Removes ‘Idibia,’ From Her IG Bio

Nigerians woke up to serious drama on Friday morning when actress, Annie Idibia took to her social media page to out her husband accusing him of sharing the same house with his ex/babymama, Pero, during a vacation.

Annie, a mother of two had accused her husband’s family of never loving her from the start and though she’s been patient with them and her husband, their latest move will be unaccepted by her.

ALSO READ:  Full List: 10 Types Of Ladies You Must Find At Nigerian Wedding, No. 4 And 5 Will Shock You

Subsequently, Tuface’s brother and his spouse as well, have lashed back at the actress accusing her of using “juju” on the singer.

Following the brouhaha, Annie who used to go by “Annie Macaulay Idibia” on Instagram for a moment changed her name as she removed the “Idibia” to read “Annie Macaulay”, reverting to her maiden name.

The actress did this briefly as also removed the part that reads: “Official IG page of Annie.M.Idibia” before as at the time of filing this report, changed her bio back to Annie Macaulay Idibia.

Her recent actions has caused netizens to react to the ongoing drama with many of them questioning why the actress chose to bring such family related issue to the internet at the danger of the harm it could bring to her kids.

ALSO READ:  Reflecting On The True Lessons Of Valentine Day 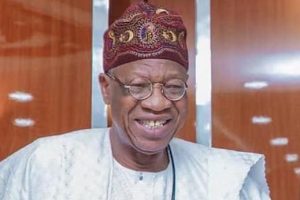 Panic As TuFace Brother Blasts Annie Idibia And Accuses Her Mother Of Being Involved In “Juju”
2face Finally Breaks Silence, Reacts To Cheating Allegation Levelled Against Him By Wife –
Comment