The police in Adamawa State have arrested an 18-year-old girl, Blessing John, while she was searching for a ritualist to buy a boy she kidnapped.

She lured the boy (name withheld) from her neighbourhood in Michika and took him to Mubi in search of a buyer.

The police public relations officer in the state, DSP Sulaiman Nguroje, said the suspect was arrested following a tipoff.

Nguroje said the teenager told police investigators that she abducted the boy to raise money to buy a car and live a luxurious life. 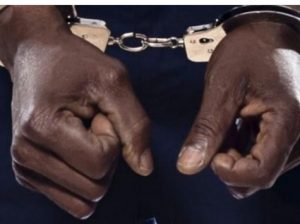 “She took the little boy to Mubi to sell, but when she could not reach the buyers on phone, she decided to search for another buyer. She ended up talking to the wrong person, who in turn informed the police,” he said.

According to him, the teenager got in contact with a kidnapper during her recent visit to Mubi when a friend told her she could make money by supplying children to ritualists and human traffickers.

The police spokesman called on parents to look after their wards and report suspicious persons and movements to the nearest security post.