1. They condemned the killings…so what? Who doesn’t condemn killings. Find the killers and bring them to justice. That is the issue.

2. You can condemn sit at home, but of course you would, you are all milking from the failed entity called Nigeria. You sent soldiers to murder Biafra agitators when they marched on the streets, now you are frustrated because you can’t see them to kill, yet their message of reaching the world. So no news there.

3. This one has to be the biggest joke of all. The Ebubeagu that failed, is what you want to launch …again. you haven’t asked yourself why it failed before, it is because you are incompetent. You remain incompetent, and it will still fail.

4. This is a true proof of your incompetence. A report that could have been received electronically, studied beforehand, had experts go through and come up with recommendations. You didnt do that, instead you still set up another committee to study the report of another committee. Committee after committee, nothing is done, laziness and incompetence on full display.

7. Any clergy or traditional ruler that does not support the call for the peaceful referendum is not speaking the voice of the people. Simple.

8. There is only one thing to dialogue, how the referendum will be held. Until you accept that, you are wasting your time.

What a wasted meeting, what a useless set of leaders. 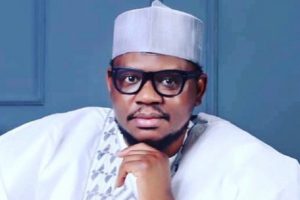