FULL LIST: JAMB Delists 25 CBT Centres, Tells Affected Candidates What To Do Next

JAMB Delists 25 CBT Centres, Tells Affected Candidates What To Do Next

The Joint Admissions and Matriculation Board (JAMB) has announced that it has delisted 25 computer-based test centres from the list of more than 800 earlier scheduled to take part in the ongoing Unified Tertiary Matriculation Examinations (UTME) which kicked off nationwide on Saturday. The examination body said the action is to ensure strict adherence to regulatory standards amongst its partners.

Read Also: Why I Man Raped Daughter, Infects Her With HIV

In a statement issued on Saturday evening by JAMB and signed by its head of public affairs and protocol, Fabian Benjamin, the examination body noted that candidates posted to any of the affected centres would be rescheduled.

“The following centres which failed during the conduct of the 2021 UTME on Saturday, June 19, 2021, are hereby delisted. Candidates posted to any of these centres are required to await further directives by checking their profile, email addresses and SMS on their registered phone for a new date,” JAMB said.

The list of the affected centres as released by the examination body revealed that they are spread across 11 states of the federation and the Nigerian capital, Abuja.

While six centres were delisted in Lagos, four are affected in Kaduna State and three in Edo State.

Abuja, Ondo and Plateau had two centres each while Benue, Delta, Imo, Nasarawa, Osun, and Oyo had one centre each.

At the FCT, both the Government Secondary School, Garki, and GEF Systems Ltd located at the Public Service Institute of Nigeria (PSIN), Dutse Junction, were affected.

More observers narrate experience
Meanwhile, some independent observers who monitored the conduct of the examination in some CBT centres across the country on Saturday, have narrated their experiences.

One of the monitors, who does not want to be quoted as he has no permission to speak to journalists, reported the mixed reactions among candidates and parents from some of the centres visited in Abuja.

In the account shared with this newspaper, the source wrote; “I visited the centres at Christ the King College and Christ Academy, both in Gwagwalada, Abuja.

“The exam went well at Christ Academy where I spent a lot of time. But there were technical issues in the beginning. As the exam launched (according to the JAMB technical officer at the venue, Ibrahim Balogun), 33 computer systems crashed, leaving some candidates stranded.

“Twenty-five (25) backup computers were immediately deployed. But that still didn’t solve the whole problem. Eight candidates were left unable to write the exam. Fatima Hafiz, the BVR Officer at the venue, said the names of the affected candidates were forwarded to JAMB headquarters so they could be rescheduled for sessions at a later date.

“Apart from this, there were initial network issues and IPI conflicts (multiple computer systems sharing one IPI address). But those problems were soon resolved.

“The second session at the centre was smoother. Although there was still a shortage of computers (following the crash described above) stranded candidates were able to write theirs after some other candidates finished early.” 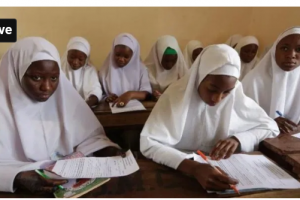