Dino Did Not Graduate With A First-Class Degree From Baze University, See His Result

Information reaching Ibom Focus that Dino Did Not Graduate With A First-Class Degree From Baze University, See His Result

A carry-over is a common tertiary institution slang used in Nigeria for students who have to repeat a course after failing it the first time.

According to Baze University convocation booklet which showed, contrary to trending reports that Melaye finished top of his class, that the senator finished with a second class division degree.

Sources said that Melaye, with Matriculation Number, BU/18B/LAW/3226, also had “carry-overs” during his degree.

“Contrary to trending stories that Dino graduated on top of his class with a First Class Degree, he never did and actually had several carry-overs for the period he studied law at Baze. He barely managed to graduate,” one of the sources said.

Some online reports had claimed that Melaye emerged as the best graduating student of Baze University, Abuja, despite currently staying in Dubai, the United Arab Emirates.

Melaye’s aide, Bode Gbadebo, had posted a picture of him on Facebook, alongside other individuals adorned in an academic dress, with the caption “Senator Dino Melaye graduates from Baze University, emerges best graduating law student.”

Despite rarely being in Nigeria after losing his reelection into the National Assembly in 2019 and currently based in Dubai, some reports had claimed that it was surprising that the former senator did not only graduate but was awarded the best graduating student with a yet-to-be-confirmed Grade Point Average (GPA).

In February 2017, SaharaReporters in an exclusive report exposed how Melaye might not have graduated from the Ahmadu Bello University, as he allegedly bribed the head of the department.

In March 2017 reported that a schoolmate of the controversial senator, ‎Abdussobur Salaam, who now works at the Federal University of Agriculture, Abeokuta (FUNAAB) spoke against the backdrop of the certificate controversy involving Melaye.

He had said, “Permit me to make an intervention on the issue of Dino and ABU, having been admitted and ‘graduated’ from ABU same year as Dino. I use the word ‘graduated’, very guardedly and with caution.

“Permit me to say that as at the time we were admitted, Geography Department was under the Faculty of Arts and Social Sciences (FASS). In our 200 level, the Faculty was split and Geography Department had issues of where to fit in. It was initially placed under Faculty of Arts and later shifted to Faculty of Sciences where it is presently domiciled. The narrative on his certificate could be correct.

“Dino and I are supposed to be ‘friends’ but differences never permitted while we were in school. Till date, we communicate once in a while, but I dare say he is the architect of his problems.

ALSO READ:  PHOTOS: "After Studying For 4 Years, Look At Where NYSC Sent Me To"-- Lady Cries Out /

“I have spent all yesterday responding to enquiries on different platforms about Dino’s status as a graduate. My take? We were admitted the same year, initially into the same faculty of FASS, and given that our courses were four years, we ought to have graduated same year.

“However, recalling how studentship in ABU was that period, you could never be too sure of the academic status of any ‘student’. What do I mean? We had ‘students’ who were always around, attended lectures, participated in all student activities, were allocated hostel space, were always holding files and feigning academic seriousness, only for an issue to come up and you would find out that despite your having known them for years, they were never students but just lived pseudo student lives.”

Salaam, who was a former Chairman of the Senior Staff Association of Nigerian Universities at the Federal University of Agriculture, Abeokuta, Ogun State, said such attitudes of the fake students might make it difficult for any of their colleagues to believe that they were not authentic students.

“If they were never discovered, 20 years time, if a controversy arose as to their status, one would swear confidently that the person graduated. While this is not exactly the same with Dino, you cannot be too sure until facts are unearthed.” 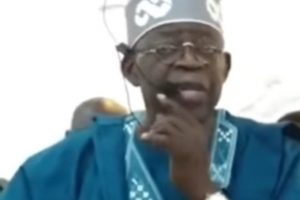