If You Can’t Declare Bandits As Terrorists, Declare Them As Federal Civil Servants — Shehu Sani Tells Buhari, Give Reasons

A former senator who represented Kaduna Central in the Senate, Shehu Sani has taken a swipe at the President Muhammadu Buhari administration over its failure to declare bandits as terrorists.

A week ago, the 36 state Houses of Assembly Speakers called on Buhari to declare bandits as terrorists and enemies of the nation.

Also, Katsina State Governor, Aminu Bello Masari and his Kaduna counterpart, Nasir El-Rufai and the National Assembly had also urged the government to declare a state of emergency on the nation’s security and declare bandits as terrorists.

Meanwhile, the Nigerian government has said the need to follow due process is responsible for the delay in declaring bandits as terrorists.

Expressing his displeasure with the delay, Sani on Monday took to his Twitter handle lamenting that the bandits are killing people regardless of religion and place of worship. 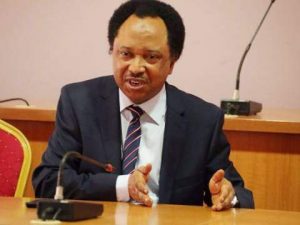 “They killed Muslim worshipers in their mosques in Niger and Katsina states; they killed Christians in their Churches in Kaduna state; if the Government doesn’t want to declare them terrorists, it should declare them federal civil servants,” he wrote on his verified Twitter handle on Monday.

His comment comes after the attack by some gunmen on the Baptist Church, Kakau Daji in the Chikun Local Government Area of Kaduna State, leaving two dead and some others abducted.