The Zamfara State Government says over 2,000 suspected informants of bandits have been arrested since it cut telecommunication services ban and the military launched an offensive in the state.

The state’s Commissioner for Information, Ibrahim Dosara, stated this at a press conference in Kaduna on Thursday. 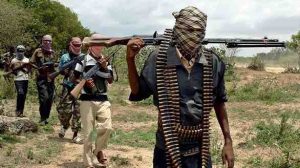 The official said the suspects have provided vital information on their activities and how they were allegedly supported by highly placed individuals.

“The government has set up a situation room where complaints are being received to ensure prompt action,” Mr Dosara said.

He said the security operations in the state have been successful, adding that many bandits have fled the state, others were being starved or forced to feed on raw food following the government’s sanction on them.

“Many bandits have been neutralised by the army. Most of them are forced to eat raw food like millet, because they have been cut off from their collaborators in town.

“They have settled on using camels to perpetrate violence,” Mr Dosara said.

The governments of the troubled North-west states suspended telecommunications networks, banned weekly markets and restricted the sale of petrol, among other drastic measures to check the activities of the bandits.

Unlike in Sokoto, Kaduna and Katsina, where the ban on telecommunications affects selected council areas, all parts of Zamfara State are affected.

Residents of the states, who normally reported their ordeals with the bandits, could not be reached to speak on their current experiences because of the shutdown of telecoms services.