A man who was unhappy with a dermatologist for passing a compliment about his wife’s skin stormed the hospital and beat up the doctor, saying “excessive compliments and questions are beyond a doctor’s job description”.

“I am sure the doctor complimented my wife during the examination, which is not befitting of my principles.

“If you are a doctor, do your job. Excessive compliments and questions are beyond a doctor’s job description,” the angry husband said.

ALSO READ:  Panic As Woman Finds Out On Son's Wedding Day That Bride Is Her Daughter, Photos

The dermatologist, Vladimir Zhirnokleev was diagnosed with a head injury, concussion and bruising after the unexpected assault.

The doctor simply asked the hijab-wearing Muslim woman to show him her elbows, stomach and back and he did not ask her to undress.

After checking her, he told her that there were no problems, adding “the skin is beautiful”.

The woman then went back to complain to her husband that the medical examination breached “Muslim law”.

ALSO READ:  VIDEO: Africans Being Refused Entry Into A Train Taking People From Ukraine To Poland.

“Muslims should resolve all issues immediately with the management – calmly and constructively.

“Running into a doctor’s office without a trial and smashing his nose is morally and legally wild.

“I am an adult, I have several educations, a lot of experience, and we still live in a state governed by the rule of law. People should obey the law and follow the rules,” the Komsomolskaya Pravda newspaper reported him as having said. 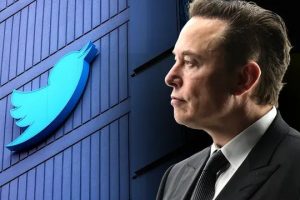 We Want To Help Buhari Reduce Poverty – Chinese Ambassador, Reveals What They Will Do
BREAKING: Top Nigerian Actor Arrested In India, Seize Drugs, Cash, Others Worth N20million –
Comment