PHOTO: 15-year-old Girl Forced To Convert To Islam, Married Off To Old Man, Family Cries Out

Information reaching Ibom Focus that 15-year-old Girl Forced To Convert To Islam, Married Off To Old Man In Kaduna

A 15 year old Chioma Chinedu from Nkanu LGA, Enugu State who lives in Anchau, Kubau LGA, Kaduna State with his uncle has been married off and forced to covert to Islam without the consent of her parents.

All efforts and moves made by the Igbo Community in that area to rescue the young girl all failed. They Moved from the Local Government, Police Station to Police Area Command (Kaduna), no positive result.

They refused to hand the girl over to them. 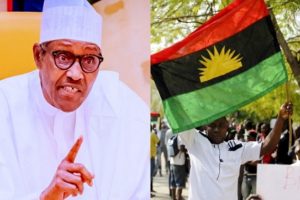 Second Coming: Jesus Hasn’t Returned Because People Aren’t Donating Enough —Says Pastor /
I Pray For Those Who Have been Killed, Injured And All Nigerians—Pope Francis –
Comment