The Indigenous People of Biafra (IPOB) has tasked the apex Igbo socio-cultural group, Ohanaeze Ndigbo Worldwide to prevail on some politicians allegedly responsible for the rising cases of insecurity in the southeast region to amend their ways.

IPOB, in a statement by Emma Powerful, its spokesperson alleged that insecurity in the Orlu Senatorial District of Imo State is primarily a result of political conflict among key players in the state including Governor Hope Uzodinma; former governors Emeka Ihedioha, Rochas Okorocha, and Senator Ifeanyi Ararume.

The secessionist group said these key players should make peace among themselves and stop the killing otherwise, it will intervene. However, IPOB said the advice should not be misinterpreted by the politicians.

IPOB further insisted that it is not responsible for the killings in the region, stating that its members cannot shed the innocent blood of fellow Igbo persons.

It, however, vowed to unravel the faces behind insecurity in the region.

The statement reads, “Following the incessant insecurity situation prevailing in the entire Biafra land, particularly in Imo State, we the global movement and family of the Indigenous People of Biafra (IPOB) under the command and leadership of our great prophet and liberator of our time, Mazi Nnamdi Kanu wish to state unequivocally that our intelligence unit the M. Branch has unravelled those masterminds and sponsors of these atrocities and genocidal attacks going on in the entire territory of Biafra and its territory since almost two years now.

“The fact remains that IPOB and ESN are not behind the insecurity in the Eastern region because we cannot shed innocent blood of a fellow Igbo person or Biafra citizens.

“This disheartening insecurity is the handwork of some traitors and renegades who see politics as a career job and we have discovered how they recruited external aggressors whom they use to murder their people and target political opponents at will.

“This problem is lingering in the region and particularly in Imo state and had spilt over to some parts of Anambra State because of political reasons and interests. 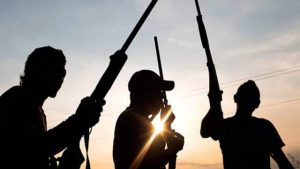 “We are calling on stakeholders in the Eastern region, the Governor of Imo State, Hope Uzodinma and most especially some key players in Imo state politics like Emeka Ihedioha, Senator Ifeanyi Ararume, Rochas Okorocha of Imo State to make peace among themselves in order to stop the killing of our people because of political interest in the state.

“Imo State citizens have suffered much in the hands of these renegades employed by these politicians in Imo State. If this continues, IPOB will have no option but to do the needful so they will understand that Imo State is not for them alone and we will ensure that the security of the state will not be jeopardised. This advice should not be misinterpreted by these evil politicians.

“It’s quite appalling that someone like Eng. Emmanuel Iwuanyanyu, Archbishop Anthony Obinna and many others including our traditional rulers and Ohanaeze Ndigbo leadership could not come together and call these politicians like Emeka Ihedioha, Senator Ifeanyi Ararume, Rochas Okorocha and Hope Uzodinma to order and allow peace to reign in the state.

“What does it benefit you, people, to see Imo state be in this kind of turmoil because of politics, especially in Orlu senatorial zone. The Ohanaeze Ndigbo should call these politicians in the state to a meeting with a view to settling them.

“IPOB and ESN after a long and tedious covert intelligence work on the insecurity ravaging the Eastern region and Imo State, in particular, have made a tremendous breakthrough in unravelling those behind the situation and those politicians who are deriving joy because of the blood of their people. It is shocking that they can murder our people because of political interest and turn around to blame IPOB/ESN.

ALSO READ:  BREAKING: Evans’ Deputy Died When He Was About To Exposes Their Armoury -

“Imo State is the home base of these renegades and traitors who are committing these heinous crimes against humanity and blaming them on peaceful movement seeking freedom of our people. But be assured their cup is now full. We are about to bring them to their knees to the public and anybody who knows them should blame them for what will befall them because IPOB is coming for them and they will regret being involved in this kind of activity in the region.

“Information at our disposal reveals that many desperate political elites of Imo extraction, are strongly behind the insecurity in the state and blaming it on IPOB and ESN. The sole aim of these criminal politicians in Imo State was to destroy, demonise and tarnish the image of IPOB but we won’t accept or allow them to continue to terrorise our land.

“IPOB shall, very soon, mention and expose the names of foot soldiers and criminals they are using for these evil acts so that the general public will know who are behind their misery and the harvest of innocent blood in Imo State.

“They will be exposed to the public to ensure that the Imo state crisis is brought to a stop and afford the Imo State Indigenes the space and environment to live in security and have rest.

“The politicians behind these devilish activities thinking that nobody will know them and expose them should retrace their steps because it will bounce on them shortly.”