In a statement on Sunday, in Abuja, Onofiok condemned the action and pledged to ensure that the sanctity of the nation’s judiciary was upheld.

The lawmaker described the siege as an assault on the sanctity of Nigeria’s Judiciary, an action that should not be allowed.

“It is mind boggling that at dusk on Oct. 29, 2021, the Judiciary was once again exposed to public opprobrium.

“This is due to the uncanny manner in which the residence of Justice Mary Peter-Odili of the Supreme Court of Nigeria, was invaded by law enforcement officials, purportedly on an assignment to execute a search warrant, issued by a Magistrate.

ALSO READ:  If I Open Up On Bandits Attacking Southern Kaduna, Heads Will Roll – Nigerian Lawmaker - 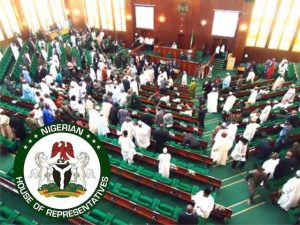 “Also disturbing is the fact that the said warrant was revoked by the issuing Magistrate, who had discovered that it was procured by the applicant on the premise of misrepresented facts.

“As a committee, we are currently interfacing with the Judiciary for judicial reforms and improved justice system.

“We wish to lend our voice once again, to the repeated call by His Lordship; the Honourable Justice Tanko Muhammed, CJN, on all Judicial officers on the need to exercise caution in issuing ex-parte, conflicting and questionable orders that are capable of bringing disrepute to our Justice system,” he said.

Onofiok added that the development was a wake-up call to tighten administrative and supervisory control over the operations of law enforcement agencies.

The rep said that the Committee on the Judiciary was calling for discreet investigations, to unravel the persons behind the act, because it was capable of straining the existing relationship between the Judiciary and the Executive arms government.

Onofiok recalled that in a 2016 incident, security agencies invaded private residences of judicial officers, which subsequently turned out to be underserved.

He said that the judiciary harps on due process in the dispensation of justice and that the committee on the Judiciary would collaborate with the judiciary and other relevant stakeholders to secure the nation’s democracy.

According to him, the confidence and respect of citizens for the judiciary may likely wane if incidences of this nature continued unchecked.

“We, therefore, condemn in totality such an ignoble act and pledge every effort at ensuring the sanctity of the nation’s judiciary, as well as our continuous support to the independence of the judiciary,” he said.

JUST IN: Tension In NASS As Another Popular Senator Dumps APC, Photo