Jack Rich, one of the presidential aspirants of the All Progressives Congress (APC), has scored Muhammadu Buhari’s regime high on education and fighting corruption.

He said the present APC administration of Mr Buhari had also performed creditably in other critical sectors of the economy like agriculture, infrastructure, and health. 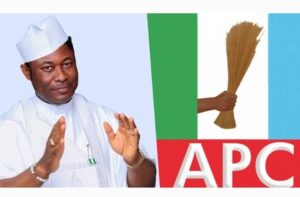 Meanwhile, Mr Rich, who spoke in Bauchi when he addressed the party’s delegates, advised them to put the nation at heart during the next party’s primary elections.

He said he would not entice the delegates with semantics and monetary reward, saying his credentials qualified him for the seat of the president of Nigeria.

The politician also paid a condolence visit to the family of the late chairman of Bauchi LGA, Usaini Gwabba, who died in a hotel room last week under mysterious circumstances.