INEC On Speaks On Extending Deadline For Party Primaries

INEC On Speaks On Extending Deadline For Party Primaries

A chieftain of the ruling All Progressive Congress and former presidential aspirant, Gbenga Olawepo-Hashim, has warned that the plots currently being created by the Independent National Electoral Commission could endanger the conduct of the 2023 elections.

In a statement through this media office on Saturday, the APC chieftain faulted INEC’s opposition to calls for an extension of the extant deadline for party primaries.

According to him, the “tight INEC schedule of primaries imposed on political parties in the country” portends danger to the electoral process.

Olawepo-Hashim also argued that “the schedule has been influenced purely by a section of the political elites who have positioned themselves to benefit from this INEC calendar.”

He said, “We have come a long way in our journey and as one of those who played a prominent role in that transition process in 1998, I can smell danger from afar any time it rears its ugly head.

“The current tough guy grandstanding of the INEC chief must give way to reason so as not to endanger the entire process. Predictably, the political process is robbed of any clarity as there is even confusion as to who is lawfully a qualified delegate to primaries that are supposed to be going on. Unfortunately, the INEC Management has continuously insisted that party primaries schedule cannot be changed.

ALSO READ:  “Someone Should Donate A Kidney For Me In The Name Of God” – Ekweremadu’s Daughter Begs

“To start with, it is not the business of INEC to fix dates of primaries in as much as the primaries are conducted 180 days before election in accordance with the provision of extant law.”

He recalled that election was once stopped in the country and new dates announced when it dawned on all that INEC was conducting a sham exercise, adding that “we also had a situation where election was postponed because of security concerns. What then is this infantile argument by this INEC that the dates for the primaries cannot be moved forward when it has become obvious that is about to hold will be flawed?”

“Whose interest is this INEC serving, the public or unknown interests desirous of fostering on Nigerians a flawed electoral process with far reaching consequences for the nation?” he asked.

While taking due notice of new sundry regulatory powers granted to INEC which seek to make political parties parastatals of INEC, Olawepo-Hashim insisted that he had expected the parties to be in court over the matter to lay to rest the INEC’s meddlesomeness in what is their (Parties) internal affairs.

“The question again is; whose interest is INEC serving in this induced crisis? It is also intriguing that many aspirants to various offices are running around the place when delegates to the primaries in which they will be elected have not been defined.

“The nation loses nothing by allowing a two- month additional window for party primaries in line with the 180-day requirement of the law,” he said.

He maintained that the window of extension of party primaries canvassed for would also allow the party leadership, the executive and the legislative leadership to get together to clean up the mess created in the Electoral Act in a bid by different groups to outsmart one another. 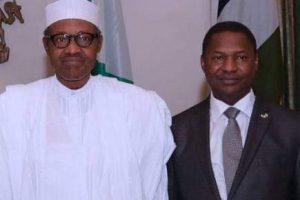