Ahead of the scheduled Presidential Convention of the ruling All Progressives Congress, APC, there is now intense lobby by certain elements in the party to get its hierarchy to jettison zoning and throw open, the presidential contest.

Critical stakeholders of the party had, in the run-up to the last National Convention, reached an understanding that the presidential ticket should be ceded to the South while the North would take the national chairmanship of the party.

Although the Senator Abdullahi Adamu-led National Working Committee (NWC) said it has not deliberated on the issue of zoning, it was learned that some pro-northern forces have been scheming to retain the presidency in the zone.

Mystery of APC’s numerous presidential aspirants
Some of those promoting the agenda, Sunday Vanguard learned, had been engaged in a series of meetings with some governors from the zone.

“They have gotten the buy-in of some of the governors, especially those who are not angling to be presidential running mates.

“The move is being resisted by some influential traditional rulers in the region including some in President Buhari’s home state, Katsina, but the promoters of an open contest are not relenting as they have intensified efforts to get more governors on their side in order to arm-twist the parry leadership in their direction”, said an aide to one of the northern governors who said his principal does not support the move.

Sunday Vanguard however learned that in order to deflect attention from itself, the NWC might be constrained to set up a committee on zoning in the coming days. 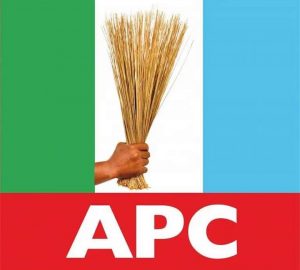 “There is really no clear-cut position on zoning even as we know it is not in the law. However, it is the thinking of some of us in the party bureaucracy that the NWC should set up a committee in that regard. When they (NWC) meet next week, we hope they will ask for our inputs and then we will advise that they set up such a committee as they did in the lead up to the last national convention”, said a party official.

Meanwhile, concerned stakeholders of the party under the aegis of APC Rebirth Group have called on the party’s National Chairman, Senator Abdullahi Adamu to review some of the forms accompanying the nomination and expression of interest forms being purchased by aspirants in the party ahead of the 2023 elections.

The group, which noted specifically its concerns regarding the form 18 tagged, ‘withdrawal letter,’ said such document curtails the freedom of aspirants to pursue their aspirations without any form of coercion.

“The form 18 which seeks for aspirants’ voluntary withdrawal ahead of the primaries in which they will be taking part amounts to tacit coercion and violation of the freedom of aspirants to freely decide on their own. At what point, for instance, would the party activate the signed form of withdrawal by aspirants? Anticipated withdrawal from an election that has not yet been conducted, such as the one being solicited via form 18, would not give aspirants the needed confidence in the process, and the party would do well not to give the impression that it is working to suppress the rights of members to fair and transparent contest”, said Convener of the group, Aliyu Audu.

The stakeholders said while the party, through its secretary, Senator Iyiola Omisore, did say the signing of form 18 was optional, the fact that such caveat was not indicated on the form makes such claim highly suspect.

“Moreover, once an aspirant appends his signature to the declaration page of the form, he has inadvertently validated all the information or commitments on any part of the form. We are therefore calling on the party to clarify its position on this contentious issue of form 18 in particular in order to reassure aspirants of the party.

“The APC Rebirth Group would also like to use this opportunity to call on the party to take a definitive position as regards section 84 (12) of the amended Electoral Act which requires appointees of government seeking elective positions to resign before taking part in the primaries. This is necessary in order for the APC not to create an impression of wanting to reap off aspirants before taking a decision. It’s also necessary that we do this on time so that the party does not fall into the avoidable situation of contravening an important provision of the Electoral Act.

“Already, the Speaker of the House of Representatives, Rt. Hon. Femi Gbajabiamila has pointed out the likely consequence of fielding candidates who refuse to comply with this requirements of our electoral law. It’s therefore our hope that the party would listen to voices of reasons and state its position on this important subject clearly and without any form of equivocation”, the stakeholders added.