Members of the All Progressives Grand Alliance (APGA) in Anambra have protested Governor-elect Charles Soludo’s plan to select Commissioners and Senior Special Assistants through applications on online portals.

The Nation gathered Tuesday no fewer than 22,000 persons have applied for the posts of Commissioners, Senior Special Assistants among others.

They condemned the recruitment method for political appointees, describing it as strange 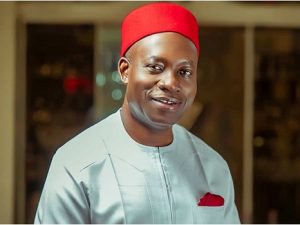 The former Governor of the Central Bank of Nigeria (CBN), after winning the November 6 Governorship election, had asked those who want to serve in his government to apply online.

But politicians in APGA rejected the online method, stating that Soludo did not consult them before taking such decision.

Some APGA members, who did not want to be named, said: “Soludo’s online method of selecting those to work in his administration was not acceptable because it doesn’t justify his preparedness to be Governor.”

Another told The Nation: “It shows that he doesn’t know the people much; he doesn’t know the kind of people he can use to perfectly implement his manifesto and he wants people from the moon to give him ideas on what he is going to do at the Government House.

“Did Soludo fill online form before former President Obasanjo give him appointment as Economic Adviser or the Governor of Central Bank?

”Soludo shut the door against party members shortly after he was declared winner of the November poll and told us that he didn’t want to see anybody.

“After that, he announced his bogus transition committee. The next thing he did was to release online application form.

“Let me ask one question: Did he secure votes that made him Governor from online device?

“We mobilized votes for him physically in our wards and in our local governments, so why should we express our interests to work in his government online?

“During campaigns he was accessible to us but he didn’t ask people to come in through online to vote.”

However, a media Assistant to Soludo, Joe Anatune, said applications received for jobs had clocked 22,000 as of Monday.

Anatune said the online talent hunt was a kind of data bank that would be retained by the State Government to identify the sector each applicant would be employed.

According to him: “This is not a one-off thing but a kind of employment bank or database from which applicants are engaged depending on the demand for such job specifications.”

He said the general public should disregard such insinuations.

“I’m saying it authoritatively that the report did not emanate from APGA stalwarts.

“It’s important for me to now use this medium to tell the general public that Soludo is well prepared for the task of governing ndi Anambra and he is determined to do his best for them.

“He is not joking with any of his moves and nobody should take his directives for granted.

“One thing I discovered that the author of the report is labouring in vain to achieve is to sow seed of discord between APGA faithful and Soludo but he has failed already,” Obigwe said.

BREAKING: FG To Set Up Job Centers In 774 LGAs Over Unemployed Nigerian Youths –

JUST IN: Prisoners, Others To Get Job As Ukrainian President Announces Fresh Massive Global Recruitment
2022 Nigerian Army Recruitment, How To Apply –
Comment