BREAKING: Supreme Court Approves Use Of Hijab In Schools

The Supreme Court has affirmed the rights of Muslims Female Students in Lagos state to wear Hijab to school without harassment or discrimination.

In a majority decision, Nigeria’s apex court gave the ruling on Friday in Abuja.

While five ruled in favour of the use of hijab, two dissented.

A Lagos high court had in October 2014, ruled against the use of hijabs in schools, a judgement that was upturned by an appeal court in July 2016.

In a unanimous judgment, the appeal court noted that the ban was discriminatory against Muslim pupils in Lagos state.

Dissatisfied with the appellate court’s judgment, the state government took the case to the supreme court.

It subsequently placed a ban on the use of hijab in August 2018.

However, in a circular, the state government asked that status quo be maintained in order to avoid contempt of court.

It however said the hijab must be “short, smart, neat and in the same colour of the uniform (skirt).

“Since the case of the use of Hijab in Lagos State is still pending in the Supreme court of Nigeria, status quo be maintained, to avoid contempt of the court, that is students be allowed to wear Hijabs on school uniforms but same must be short, smart, neat and in the same colour of the uniform (skirt),” the circular read.

“Furthermore, schools management are advised to downplay comments and disciplinary actions on the use of smart Hijabs until the final determination of the case by Supreme Court.

“No student should be discriminated against in any form on the basis of religion. 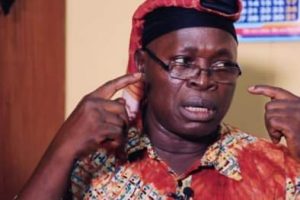