Twitter users have voted to remove billionaire businessman Elon Musk from his role as Twitter’s Chief Executive Officer after asking them to vote in a poll.

“Should I step down as head of Twitter? I will abide by the results of this poll,” Musk tweeted early on Monday.

The final result of the poll shows 57.5 per cent of the voters want Musk to leave his role as CEO while 42.5 per cent voted against it.

Over 17.5 million votes were cast. The billionaire owner of Twitter and chief executive officer of Tesla Inc. will abide by the results of the poll, he stated in his tweet.

This decision may be connected to a series of controversies that have followed Musk since he took over the social media platform.

For instance, SaharaReporters reported last Thursday that Musk suspended the accounts of prominent journalists from top media organisations in the implementation of his earlier announced rules on “doxxing”.

ALSO READ:  Ukraine: How Nigeria, Other Countries Voted For, Against Russia, Full List -

The accounts of independent journalists like Aaron Rupar, Tony Webster and Keith Olbermann were also suspended.

The account of a social media company called Mastodon, known to be an alternative to Twitter, was also suspended.

Despite that Musk has been speaking strongly on his mission to maintain free speech on Twitter, the suspension of the prominent journalists’ accounts came a day after Twitter suspended more than 25 accounts that tracked the planes of government agencies, billionaires and high-profile individuals, including that of Musk.

Also, Musk in November lashed out at those complaining about his new policy to charge verified accounts $8 per month.

It was earlier reported that he had planned to jack up the price of the Twitter Blue subscription plan from $4.99 to $19.99 per month, and would make the service the only way to retain verified-user status.

According to the plan, users would have 90 days to join the subscription programme or have their verified status revoked.

But there were backlashes from Twitter power users including writer Stephen King, who said, “$20 a month to keep my blue check?”

King, therefore, tweeted to his 6.9 million followers. “They should pay me. If that gets instituted, I’m gone like Enron.” Later, King added, “It ain’t the money, it’s the principle of the thing.”

Reacting to King’s objection, Musk said, “We need to pay the bills somehow! Twitter cannot rely entirely on advertisers. How about $8?” adding that, “I will explain the rationale in longer form before this is implemented. It is the only way to defeat the bots & trolls.” 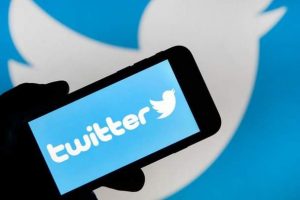