Director of Tinubu Campaign Organisation, Bayo Onanuga, has confirmed that Ibrahim Masari was the name submitted to the Independent National Electoral Commission (INEC) as running mate to presidential candidate of the All Progressive Congress, (APC), Asiwaju Bola Tinubu.

Speaking with PUNCH, Onanuga said; “Yes, he is Ibrahim Masari. He once worked as a member of the National Working Committee when Adams Oshimhole was in charge of the APC excos.

“He is not really a surrogate per se. He is just holding forth. The electoral act stipulates that candidates have the window period to substitute up till sometime in August. 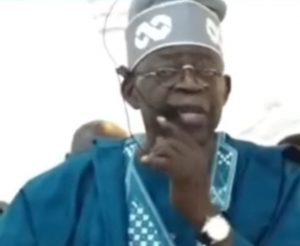 “Asiwaju will use that time to continue consulting with the party, governors and the president. He is taking his time and doesn’t want to rush it,” he said.

When asked why it is taking too long to get a competent and sellable candidate for the post of the vice president, Onanuga said that the APC flagbearer believes in due process.

“He just wants to carry everybody along. Even the elections will take place in 2023 and the campaign wouldn’t start until September. The window period is still long. There is no need to rush anything about it.

“I think we have fulfilled our own part by submitting the name as required before the window of INEC deadline closes,” he said.