The presidential candidate of the ruling All Progressives Congress for the 2023 election, Bola Tinubu, may in the next few days name either Governor Babagana Zulum of Borno State or his predecessor, Senator Kashim Shettima, as his running mate, PUNCH has reported.

With about 12 days to the July 15 deadline for political parties to submit the final names of their presidential candidates and running mates to the Independent National Electoral Commission, it was learnt that Tinubu, after a thorough consultation, settled for the two names.

According to a staunch ally of Tinubu, the Governor of Kaduna State, Nasir El-Rufai, was also being considered but was eventually dropped, even though he played active roles in the emergence of Tinubu as the candidate of the party.

It was reported on June 26 that Tinubu, who is currently in France and is expected to return to the country soon to finalise the running mate issue before the deadline, had limited his search to Borno, Kano and Kaduna states, with all the prospective running mates being Muslims.

APC governors from the North-West had intensified moves to ensure the region produced the running mate. It was reported on Friday that the governors, governorship candidates, ministers and other stakeholders from the zone at a meeting in Kaduna on Thursday expressed their resolve to push their cause, using their voting strength as a tool of negotiation.

ALSO READ:  How Gunmen Invaded My House, Forced My Wife, Children To Lay On The Ground – Labour Party Governorship Candidate

But according to the ally, Tinubu would only have to make final consultations to choose between Zulum and Shettima when he returns to the country. Zulum is believed to have a wide acceptance in the North given his record of performance especially in the face of Boko Haram insurgency, while Shettima, an ally of Tinubu, also showed his deep support for his candidacy when he rose in his defence after the Abeokuta (Ogun State) outburst where Tinubu decried attempts to frustrate his bid.

The source said, “The race for the running mate for Asiwaju has been reduced to just two men. They are the Governor of Borno State, Babagana Zulum, and his predecessor, Kashim Shettima, who is the senator representing Borno Central Senatorial District. All things being equal, the running mate should emerge between these two men. 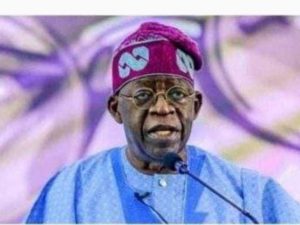 He stated, “Yes, it is true that the Governor of Kaduna State, Nasir El-Rufai, was also being considered. He played an active role in Tinubu’s emergence. His support was one of the surprises among the many people that worked for him. If he (El-Rufai) is picked, he actually deserves it.

“Don’t forget that he is also an influential governor among his colleagues, but I think it is beyond that.”

The source also revealed that “Tinubu is returning to face this issue of a running mate once and for all and he is likely going to see to its end before Sallah, which is July 10.”

Another source, who is a member of the defunct Bola Tinubu for President Campaign and member of the House of Representatives, said the candidate might settle for a governor.

He said, “The position is likely going to a serving governor either from the North-East or the North-West. But I think North-East is being favoured because the zone has yet to produce a President and we need to share the votes from the zone with Vice-President Atiku Abubakar who is from the zone and he is also the candidate of the Peoples Democratic Party.

“If we pick Zulum, the noise about a Muslim-Muslim ticket would reduce. I think the Christian community would accept him. He is hard-working and might be considered on merit by the people. Christians won’t mind supporting him. His name would resonate all over.”

The APC presidential candidate had in the interim submitted the name of Ibrahim Kabir Masari as his running mate pending the conclusion of consultations on choosing the substantive running mate for Tinubu.

The likelihood of the party fielding a Muslim/Muslim ticket had also generated widespread criticism, with major individuals and groups, like the Christian Association of Nigeria, rejecting the move as a combination that would not stand. But the supporters of the candidate and the party had argued that competence should be prioritised above religion.