Governor Ben Ayade of Cross River State and a presidential aspirant of the ruling All Progressives Congress says he intentionally didn’t sign the anti-open grazing law like other Southern states.

In May 2021, the governors of the Southern region, in a meeting in Asaba, the Delta State capital, resolved to ban open grazing and the movement of cattle by foot.

The decision of the governors stirred mixed reactions as some Nigerians commended them for the initiative, while some disagreed, including Abubakar Malami, the Attorney-General of the Federation (AGF). 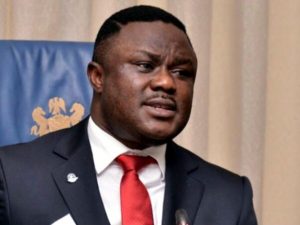 Speaking on Tuesday at the ongoing special convention of the party in Abuja, where delegates are to elect the party’s presidential candidate for the 2023 poll, Ayade said he took the decision not to sign the bill into law so as not to offend the trade of herdsmen.

He said, “We must realise that I’m the governor of Cross River State who refused to sign the anti-grazing law because I thought it was offending the trade of herdsmen.

“I’m one governor who believed that this country can only be united if we address the challenges of our security system. The most critical aspect is education and agriculture.”