Is River State Governor A Prophet?, What I Told Anambra Delegates About Peter Obi –Says Wike

Is River State Governor A Prophet?, What I Told Anambra Delegates About Peter Obi –Says Wike

Wike added that he had already told the Anambra State delegates (Obi’s home state) not to “waste their votes on him” because he (Obi) would not win the PDP presidential primary.

The Rivers governor said this on Thursday evening in an interview on Channels TV.

ALSO READ:  FULL LIST: Qualification For Each Of The Political Offices Revealed -

“Peter Obi leaving the party is not surprising to me and I know he knows that no way he would have won the party’s presidential primaries. Win what? How would he have won? I went to Anambra and told them that, don’t waste your votes on him, he won’t win.

“Since Peter Obi left PDP, he left APGA first as a governor, he has never won election in Anambra, but that’s not the issue, The issue is at that level, you must have integrity, character; three days to the party primaries, he left the party. From what I read from social media, he met Kwankwaso either to join him in his party; Kwankwaso wants to be president; did he (Obi) now want to be Vice President? Integrity is very important.

ALSO READ:  Akpabio In Trouble As APC Rejected Him 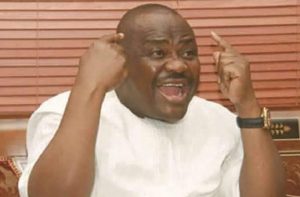