Nigerian Information and culture minister Lai Mohammed has narrated how his seven year old grandson asked him why he is called ‘Liar Mohammed’ and his reply to him. 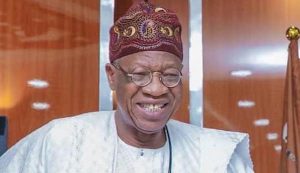 Read Also: Pastor Arrested After He Buried His Wife In Shallow Grave, Photos

ALSO READ:  I Didn’t Call Arinola Oloko Thug, This Is What I Said To Her, Says Tinubu's Wife