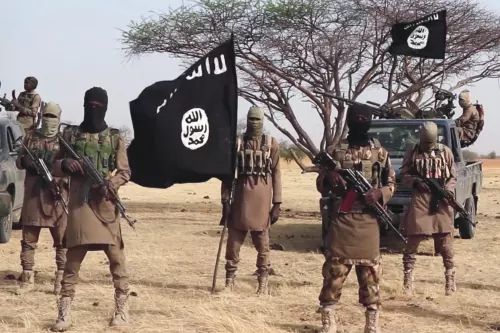 The indigene of Gamboru area of Borno and four others were shot dead at a heavily protected ISWAP location called Arinna Sorro.

The enclave serves as an armoury and hideout for top militant commanders, including foreign ISIS mercenaries who regularly visit from neighbouring countries.

Okocha and his guards were wrongly identified by the ISWAP snipers. The squad maintained position throughout the day, it was gathered.

The shooters perceived Okocha and his team as aggressors from the Abubakar Shekau-led Boko Haram faction.

ALSO READ:  Turkish husband poses with his pregnant wife 'moments before he threw her to her death so he could claim life insurance money

Since Shekau’s loyalists were evicted from ISWAP strongholds, the camps had remained fortified. Nobody leaves or enters without permission.

Okocha reportedly led last week’s attack on a military base in Marte and some settlements within the Local Government Area. The terrorists chased out civilians and occupied villages.

The disunity among the Jama’tu Ahlis Sunna Lidda’awati wal-Jihad (JAS) factions continues to deepen. There have been coordinated attacks against each other.

ISWAP recently attacked Boko Haram camp in Sunawa village on the Nigerian-Niger border and re-abducted Nigerian captives with the group, leading to the gun battle.

Some Chibok schoolgirls, the abducted United Nations worker, Dapchi schoolgirl, Leah Sharibu are among the captives believed to still be with the Shekau-led faction of the Boko Haram in Sambisa Forest in Borno State.

In 2020, Idris al-Barnawi, ISWAP’s leader in Nigeria, and two members, Abu Maryam and Abu Zainab – who were believed to have led the rebellion that fractured Boko Haram under Abubakar Shekau, were killed by their own men for allegedly “going soft”. 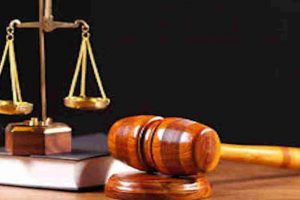 I Mistakenly Killed 10-year-old Girl While Raping Her Farmer, Cries Out